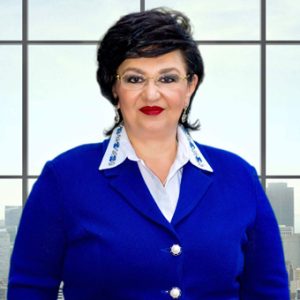 Isabella Mayzel, Esq. practices law at the Mayzel Law Group offices in Springfield, New Jersey, which is located thirty minutes from New York City. Mayzel Law Group specializes in Immigration Law, Personal Injury Law, Criminal Law, Family Law, Business Law, and other various fields of law to cater its clientele. Mrs. Mayzel, the founder of the firm, immigrated to the United States from Tashkent, Uzbekistan in 1991. Uzbekistan is one of the former USSR Republics, and now it’s an independent country in Central Asia. She graduated Summa Cum Laude from Tashkent State University School of Law in 1979. That same year, Mrs. Mayzel was admitted to the Tashkent City Bar Association, and she practiced law in Tashkent for a period of eleven years. While practicing law in Uzbekistan, Mrs. Mayzel also successfully defended her thesis in the criminal process and was awarded a Ph.D. in Jurisprudence.

Seeing that the USSR was going to fall apart as a country in the very near future and seeking better long-term opportunities, Mrs. Mayzel and her family immigrated to the United States in search of the American dream right before the USSR fell apart in 1991. Even though it was not going to be an easy road, Mrs. Mayzel made the decision to continue her career in jurisprudence in the United States. She started her legal career in the United States as a Paralegal for the law firm of Ravich, Koster, Tobin, Reitman, Caruso and Greenstein, P.C. where she continued to work full-time while studying at Seton Hall University School of Law in Newark, New Jersey. In order to gain more experience and expand her legal knowledge and expertise, Mrs. Mayzel also worked for other distinguished law firms while attending Seton Hall Law School. Upon her graduation from Seton Hall University School of Law and passing the New Jersey State Bar in 1997, Mrs. Mayzel immediately started her own legal practice focusing on Immigration Law and Personal Injury Law. She has since expanded her law firm multiple times and Mayzel Law Group practice serves its clientele in various legal fields.