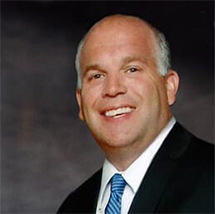 At the law offices of Wolfenson & Ashkenazi, P.C., with offices in Union and Cedar Knolls, we offer small-firm attention with the full range of services normally found in large law practices. We work hard to make you feel at ease, placing a premium on our ongoing relationship with you. We focus our efforts on finding pragmatic solutions to family law, litigation, and estate matters.

Attorney Wolfenson, the founder and senior partner of the firm, practices in courts throughout North and Central New Jersey. A member of the New Jersey Bar Association, he has lectured for the Graduate Realtor Institute of the New Jersey Association of Realtors, as well as for first-time homebuyers with the Housing Partnership Ownership Center in Dover, New Jersey.

Mr. Wolfenson's zealous advocacy on his client's behalf, and his continuing concern for the rights of non-custodial parents, resulted in a New Jersey appeals court determining a new standard by which a custodial parent is entitled to move throughout the state in the case of A.J. v. R.J., 461 N.J. Super. 173 (App. Div. 2019). Now, the "best interests" of the children must be considered by the court before allowing a custodial parent across the state as opposed to the prior, far more permissive, standard.

He has been appointed by the courts on numerous occasions to represent allegedly incapacitated individuals and to assist the courts in making determinations as to guardianship applications and has also been appointed by family and Chancery judges to act in other capacities such as a mediator or fiscal agent.

Awarded the prestigious honor of being named to "Lawyers of Distinction," he has also been named as one of New Jersey's "Top Attorneys for Families" by New Jersey Family Monthly, a recognition earned through the votes of clients.

In his spare time Attorney Wolfenson, an avid baseball fan, serves as Commissioner of a fantasy baseball league. He is also an author, having published several novels - two of which are legal thrillers - the first work, entitled "In His Own Defense," introduced the main character, Elizabeth, NJ-based attorney Eric Goldberg, and focuses on the limitations of the attorney-client privilege while taking the reader from Elizabeth to Sao Paulo, Brazil. In the sequel, "In His Ex-Wife's Defense," Goldberg represents his ex-wife in a case centered around New Jersey's "texting and driving" laws, while the book also examines politics and the interplay between politicians and the media.